Liverpool produced a dominant display at the King Power to extend their lead over second placed Leicester City. 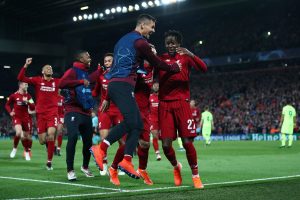 Leicester were enjoying their best spell when Caglar Soyuncu handled in the 71st minute, and substitute James Milner scored from the spot with his first touch seconds after coming on.

Liverpool extended their lead when Alexander-Arnold set up another for Firmino, who scored with a cool finis, before the England defender got his own reward with a fine shot.