A Twitter user identified as @Joeysalads has reportedly kept to his promise of donating his left testicles to medical research should American president, Donald Trump, be impeached.

He shared an update on his page which confirms that he has donated the testicles as soon as the impeachment process was completed.

Confirming his donation, the National Testicles Association issued a statement that confirms his donation.

Trump was impeached by the House of Representatives after a majority voted against him.

However, the impeachment process is incomplete until the senate confirms its decision. 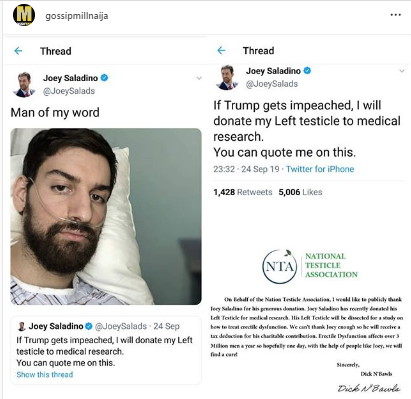