Nigerian music star, Peter Okoye, aka Mr. P has been dragged silly on social media following his statement on Twitter,

Mr. P, had taken to his Twitter page to say that since he parted ways with his brother, he has had peace of mind and aged backward. Not stopping there, he went on to slam a follower who dared to challenge him.

Read Also: ‘I Don’t Joke With These Three’ – Mr P Gushes Over His Family

Peter had dragged the follower saying he is too broke and should learn to mind his business.

However this did not sit well with another social media user who slammed the singer calling him childish and insecure. 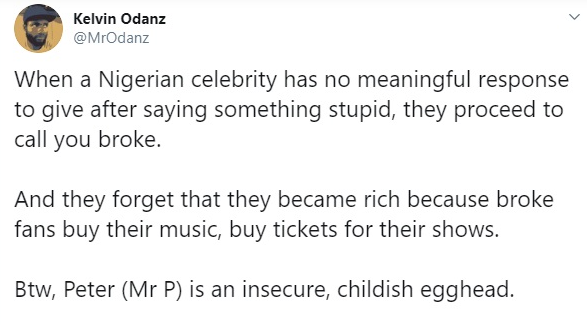