Nigerian singer, Joeboy has taken to social media to bemoan his experience at the Nativeland concert that was held last night at Muri Okunola Park in V.I.

The ‘Baby’ crooner was one of the artistes booked to perform at the event, but according to online reports, things did not go as planned.

According to Joeboy, his performance was abruptly cut short.

“My performance was abruptly cut due to ‘technical’ issues.

“I had not even gotten into my set properly. 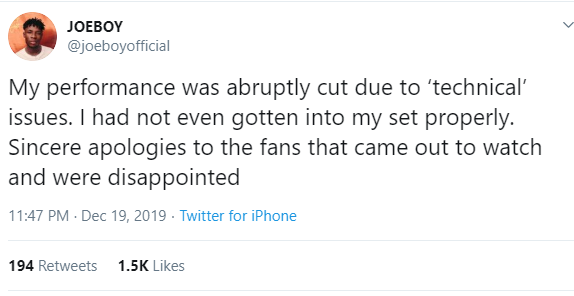