The singer made this known in response to a fan who asked him via his official Twitter handle if the ex-housemate is his bae.

Reacting to the fan’s question, the singer confirmed their relationship status by saying: ‘Yes, any problem???

Read Also: I Will Say My Last Prayer If You Show Up As My Doctor – Davido Reacts To Peruzzi;s Throwback Photo

The speculation was fueled after the singer featured the reality TV star in his music video. 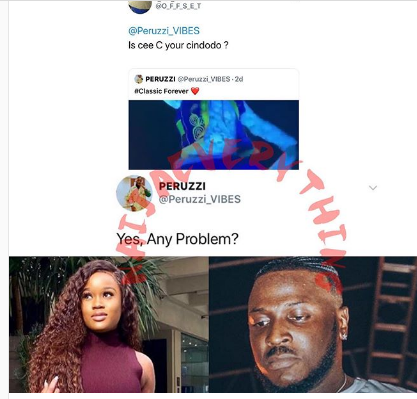