Three suspects linked to the murder of a final year student of Theatre Arts at the Lagos State University (LASU) identified as Favour Seun Daley-Oladele, have been reportedly arrested by the police.

The deceased who was reportedly pregnant was allegedly killed on December 8 at Ikoyi Ile community in Ikire, Osun State.

Favour was allegedly killed by an ex-student of LASU, Owolabi Adeeko in collaboration with his mother Mrs Adeeko and one Prophet Segun Phillip, said to be a serial money ritualist.

The deceased’s body parts were allegedly eaten by Owolabi and his mother in a bid to change their family’s misfortunes.

The update was shared by Omojola Omotayo. 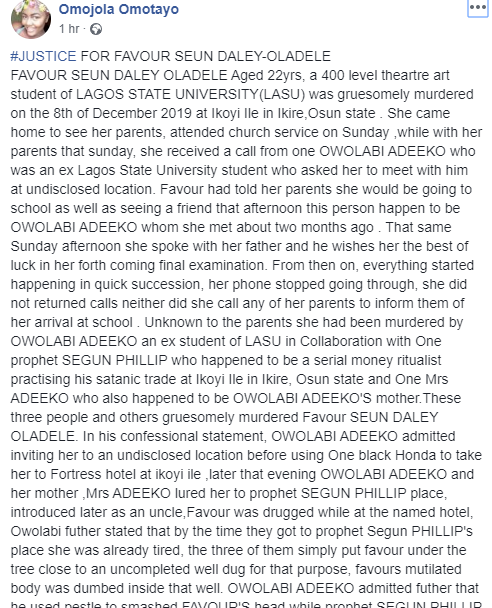