A Twitter user  @obynofranc has taken to the social media platform to narrate how one of his relatives nearly lost her baby because of her decision to go have her kid in a church, rather than the hospital.

According to @obynofranc, the woman had first via CS and wanted her second to be a natural birth reason she decided on a church.

“Religion can make people daft. My family member who gave birth on Christmas day almost had her baby died because of her church. Her first child was through C.S and because she wanted to deliver the second one naturally, she went to a church the day she was due to labour.

“This is sick. It was on Christmas eve and finally, when she couldn’t deliver, they transferred her to a hospital where they did C.S to her and the baby came out. It was at the point of death for the baby. The child had to be revived with oxygen and currently on drugs.” 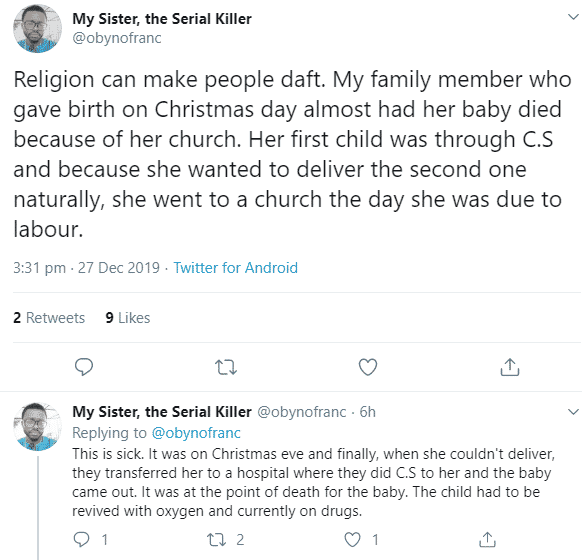 “Just because she wanted to give testimony in church. Crass behaviour.”