Media personality, Daddy Freeze has reacted to the story of the University girl who was murdered by her friend.

News surfaced yesterday that a young girl was killed by her friend and his mother. The duo then went on to eat her flesh alongside a prophet who also aided in the murder.

Read Also: Man Murders His Nephew For Arguing With His Girlfriend

Reacting to the news, Freeze stated that any religion that promotes cannibalism is another form of foolishness while advising that the prophet in the story be eaten as well.

”Religion that requires you to eat one another is the worst form of foolishness.
–
Can someone eat that prophet already?🙄.” 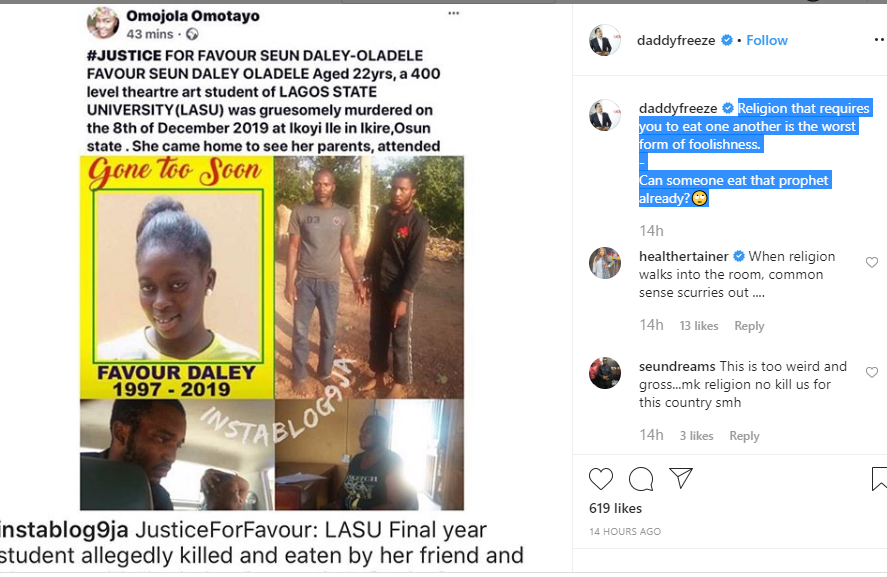