According to online reports, the deceased was allegedly stabbed to death in the early hours of Tuesday, December 10.

The 24-year-old student, according to reports, was found lying in the pool of her blood inside her room at main gate in Port Harcourt.

Matilda Ikonyo Mark, A 500level Law student of Rivers State University who is a dancer & attends Salvation Ministry was apparently raped & stabbed to death in her room off campus. #JusticeForMatilda 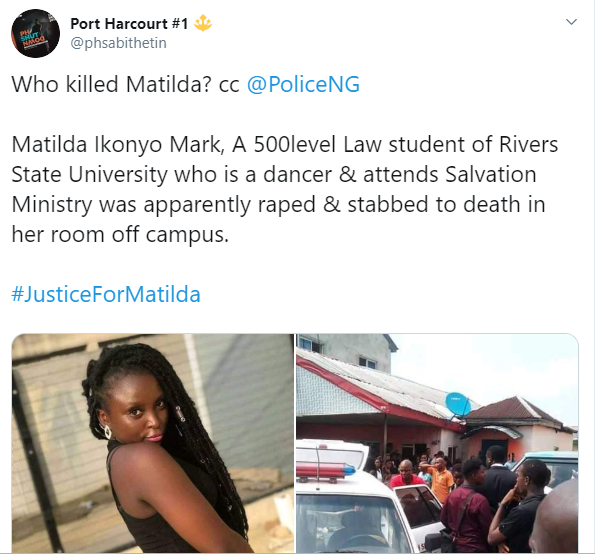