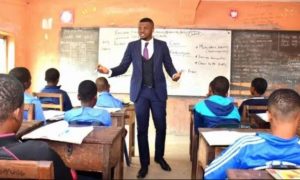 The result sheet of an SSS1 student who was advised by her principal to get married for failing woefully in the examination has hit the internet.

The principal while commenting on the result pointed out that the student is always playing with boys in the bush before going on to advise her to go get married.

According to the result, the female student came 39th out of 39 students and also scored 580 marks out of a total of 1700 marks.

Read Also: Kizz Daniel Reveals His CGPA While He Was In School (Photo)

At the time of this report, the name and location of the school still remain unknown.

See the result below: 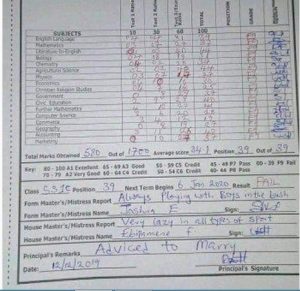