Super Eagles of Nigeria striker, Odion Ighalo, has announced the passing away of his sister, Mary via an Instagram post on Friday, 13th December.

Although the pacy striker broke the news on his social media accounts, he is yet to give a full update into what led to her demise.

Ighalo was a part of the Super Eagles team that won bronze at the 2019 African cup of Nations which held in Egypt.

Read Also: #AFCON2019:Ighalo can;t even pass Jamb and you want him to pass the ball; Nigerians Lambasts Striker

The former Watford striker has been in superb form for the Super Eagles since the continental competition came to an end. 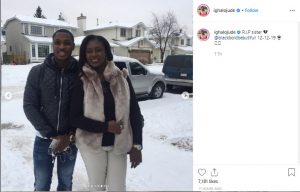