Popular reality star, Tacha has finally taken action as she has sued relationship blogger, Blessing Okoro with a deadly lawsuit for defamation of character.

Information Nigeria recalls Okoro had taken to Instagram in the penultimate week to accuse the BBNaija star of sending hired assassins to kill her.

The relationship blogger also shared videos from the scene to buttress her allegations.

Tacha has now reacted to the claims, demanding an apology and compensation which must be paid within 48 hours.

Read Also: When I Was In School, Teachers Lied To Me – Naira Marley Opens Up 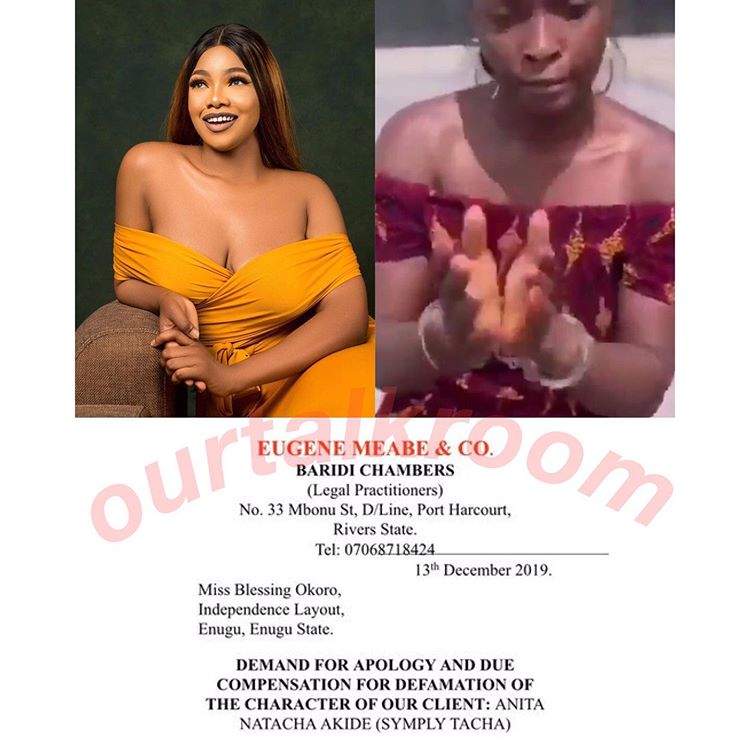 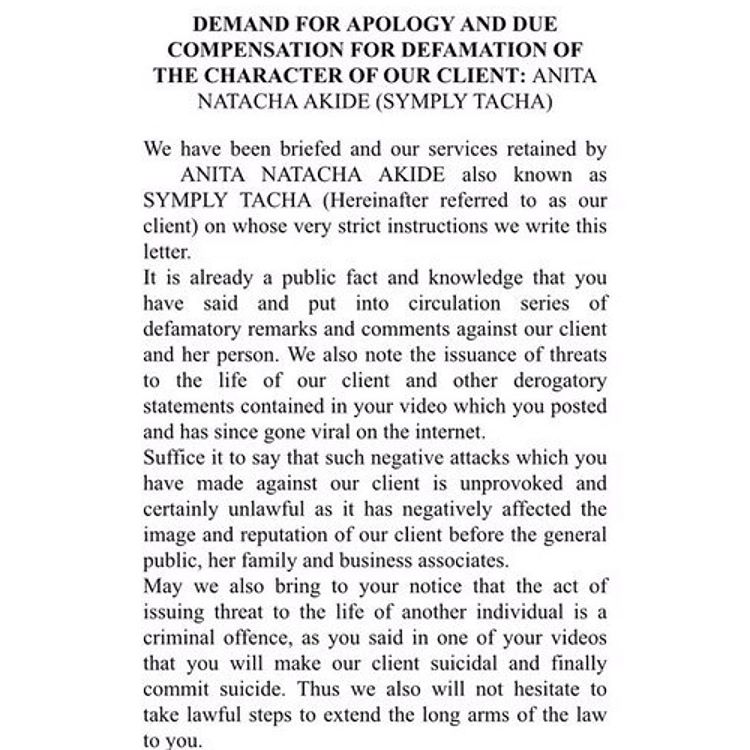 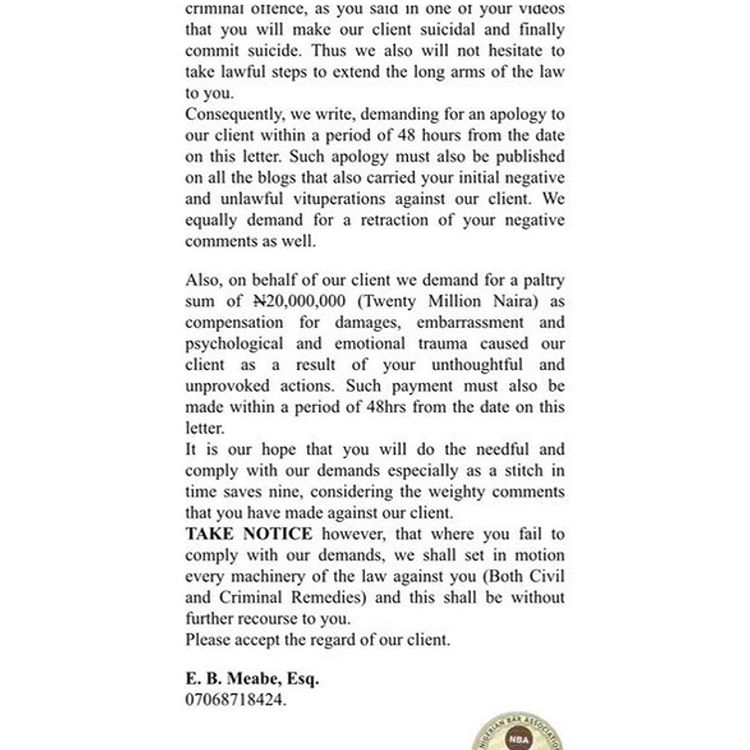