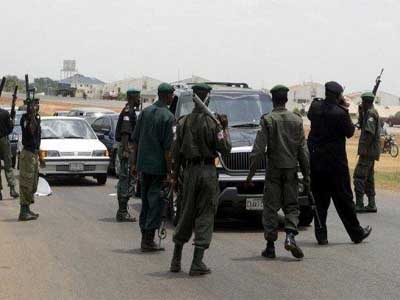 Chukwuka Utazi, senator representing Enugu north, has said that there are 60 police checkpoints between Lagos and Onitsha, Anambra state.

The lawmaker, while moving a motion on the floor of the senate, on Thursday, decried that checkpoints are simply mounted to oppress motorists and elevate hardship in the road.

He said, “Sixty checkpoints is what a traveller and the motoring public will have to confront in order to move from Lagos to Onitsha.

“You know what that means especially this Christmas period.

“Senate will not renege on our responsibilities when the masses of this country complain that government police meant to protect them has been turned into oppressive conduct by those concerned and which the IGP and people of his ilk may not be aware.”

After the motion was moved, the red chamber then asked the Inspector General of Police, Adamu Mohammed to reduce the number of checkpoints on federal highways across the country to reduce the gridlock on the roads.

The senate also asked the Adamu to admonish his men to shun all types of extortion on motorists.