Nollywood actress, Tonto Dikeh was quick to turn down a proposal from a self-appraised ‘sugar daddy’ in her DM.

The actress also shared a screenshot of the messages via Instagram and it shows the web user had proposed a Christmas present to her.

The man requested to be her sugar daddy as he stated that he will put her under a $400 weekly allowance.

Some girls won’t let this eye-catching proposal go by but the mother of one did as she went ahead to troll the proposer, saying she will put him on a $1000 weekly allowance. 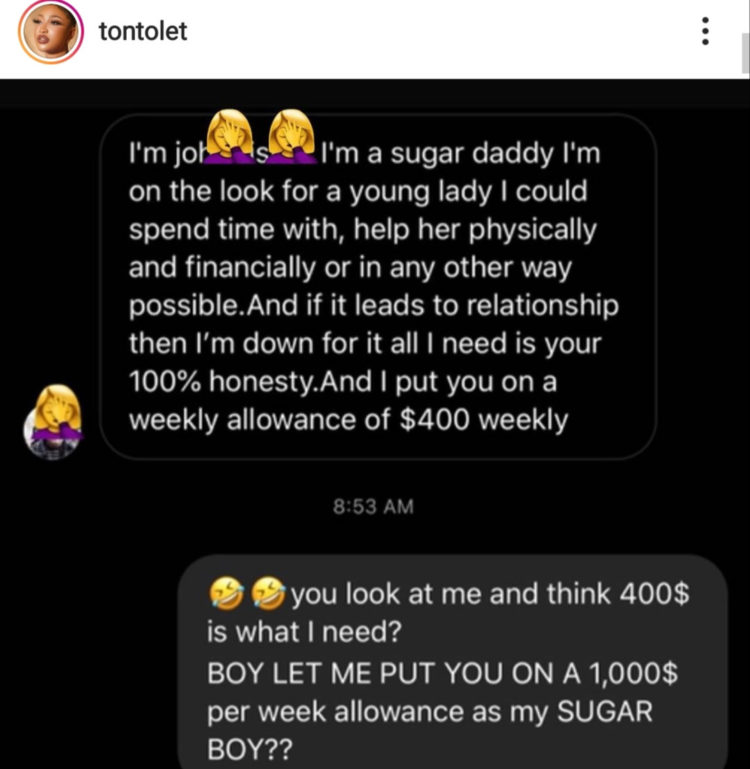