A Twitter user @pablocastro has taken to the micro-blogging platform to call out popular social media commentator, Tunde Ednut, and accused the former singer of always staging his giveaway.

According to the user, he was among the few people that won 30k giveaway on the social media commentator’s page on Wednesday, 27th November.

He then reached out to Tunde on how to claim his prize only to be told that the giveaway has been canceled and was also cursed by the popular figure.

Read Also: ‘You Are Not On My Level;’ Joro Olumofin Slams Tunde Ednut, Lists Achievements

The user added that he further reached out to the other winners and they confirmed that they were not paid.

TUNDE EDNUT NA AUDIO MONEY!!!!!! . I Won His Giveaway Few Days Ago, He Cursed Me & Blocked Me Already 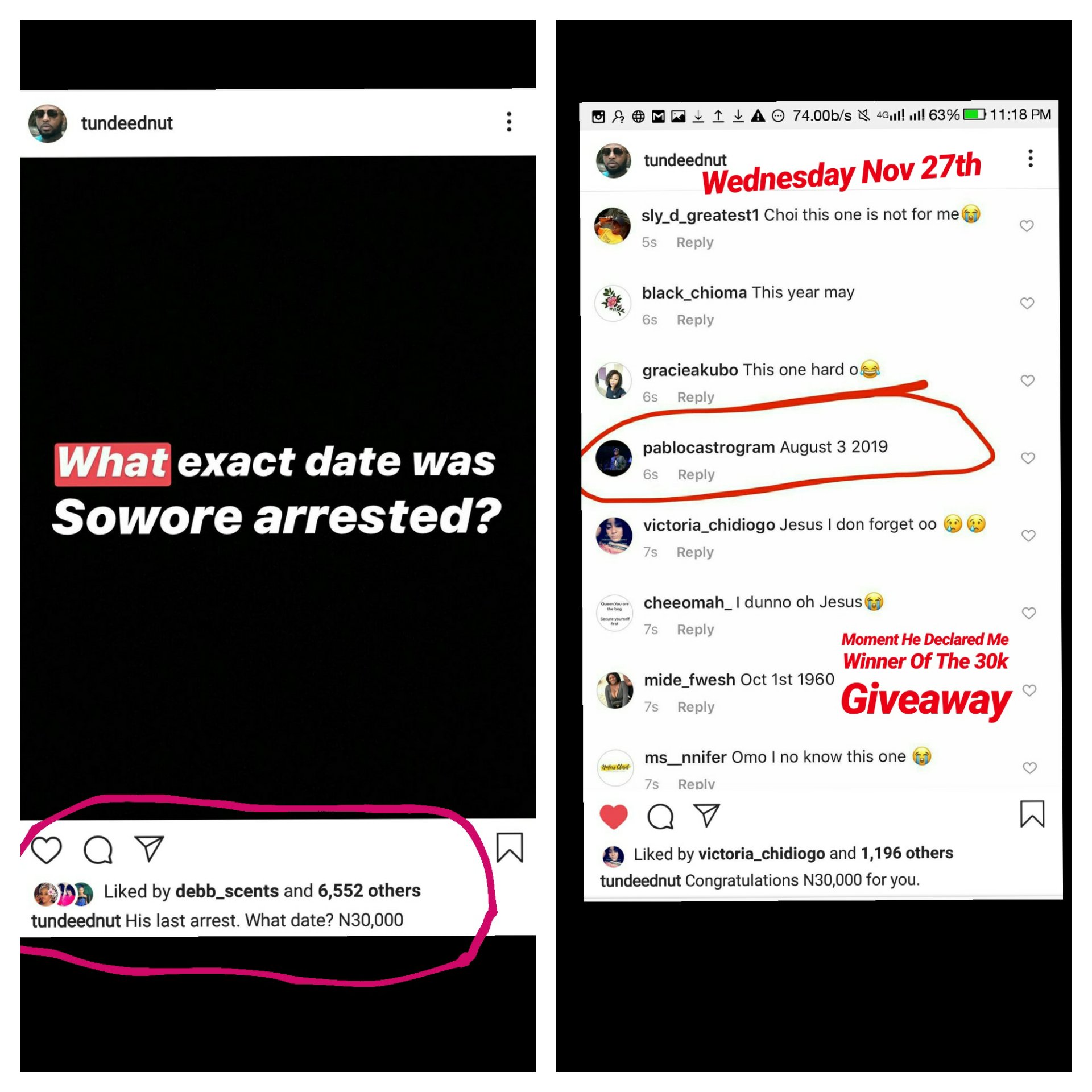 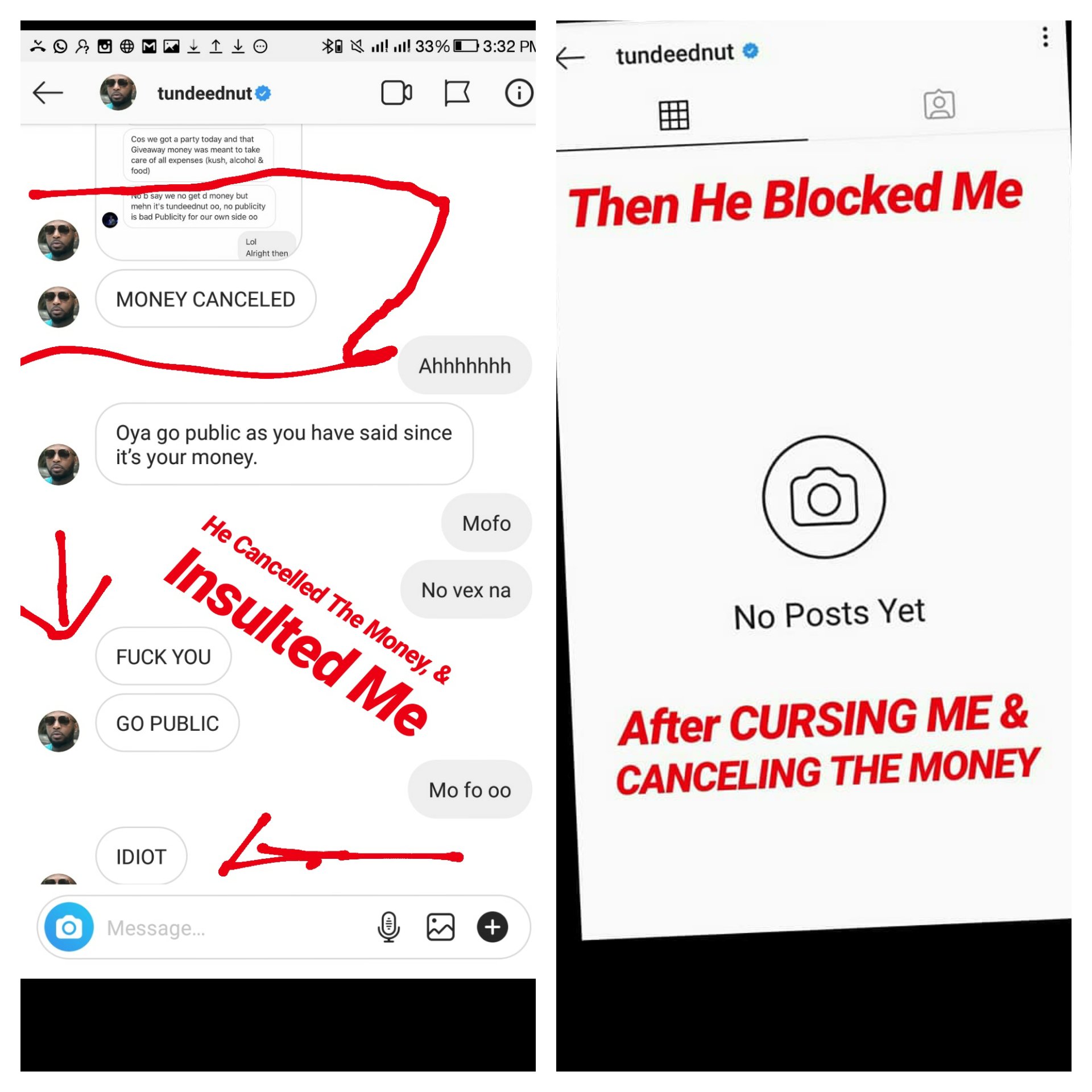