A young lady on Twitter has revealed just how troubled her family is.

Responding to a question on the social media app, the young lady revealed that her brother, who had claimed he was gay, raped their young sister while drunk.

The Twitter user who is South African then went on to say that her sister committed suicide after their mother refused to believe her after the case ended up in court.

‘After all these years my brother claimed he is gay but on the 1st of December, he just raped my young sister when he was drunk and my young sister just committed suicide yesterday, cause my mother didn’t believe what she said in court. My family is slowly getting destroyed’ 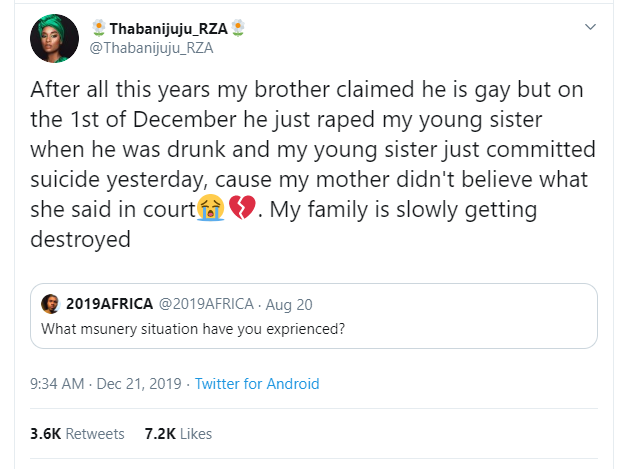