Liz Black, the wife of filmmaker, Yomi Black, has shared her thoughts about the rift between her hubby and media personality, Toke Makinwa.

Trouble started when Yomi Black took to his IG page to question Toke’s source of livelihood.

Toke Makinwa, of course, replied Yomi and did a fine job dragging the actor.

Now, Yomi’s wife Liz, has seized the opportunity to bare her mind about the issue on ground after someone left a comment under Yomi’s post, describing him as a failed man, father and husband. 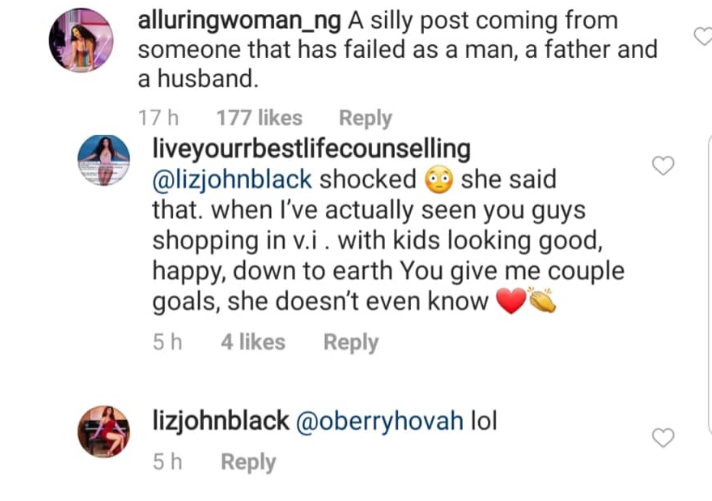