Nollywood actress, Empress Njamah got more than she bargained for after she took to actress Rita Dominic’s comment section to ask why she was not invited to her party.

Rita had shared a photo of Ini Edo, Uche jumbo, Beverly Naya, Ebuka Uchendu and wife, Debola Williams, Lala Akindoju, Phyno, Femi Jacobs and more who were at the event.

Under one of the photos from the party, Empress commented saying: “Why am I not here, Riri”…

Not long after she made her comment, fans of the actress immediately stormed the comment section to attack Empress.

One of them said “You are not important”, while another said “Aunty yu don old pass this kind thing” 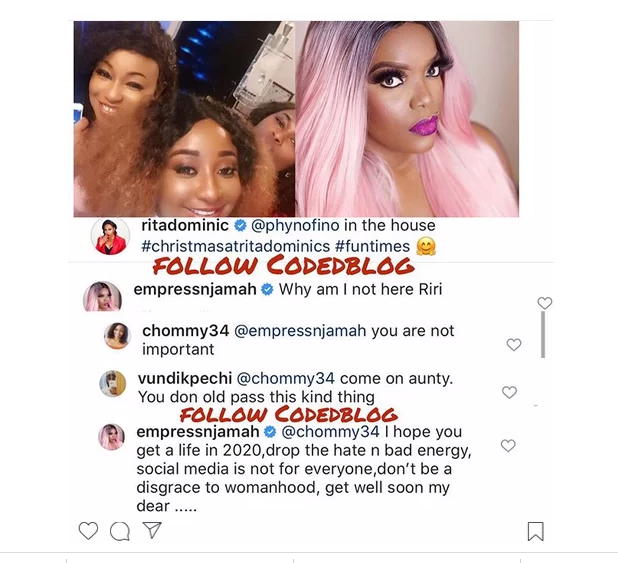