Nigeria’s young commissioner Joana Kolo, 26, has been accused of unfollowing people from her social media accounts following her appointment as a commissioner.

Joana who was appointed as a coordinator for the Kwara State chapter of the NYSC took to social media to share the news and how she felt about it.

Following that, some Twitter users dragged her for unfollowing some people she had earlier been following.

While she is yet to respond to this claims, some people have tagged her behaviour typical to young people in power. 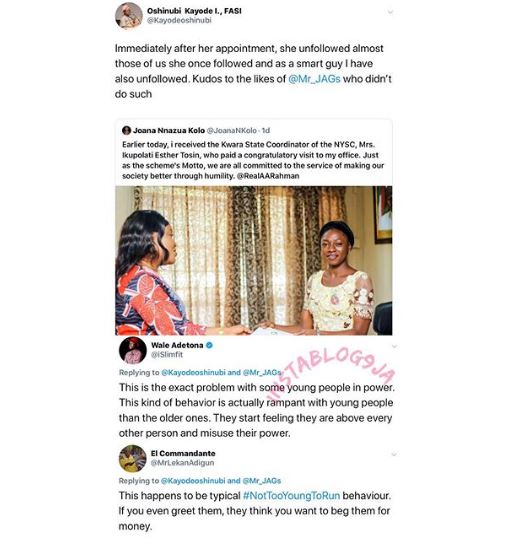