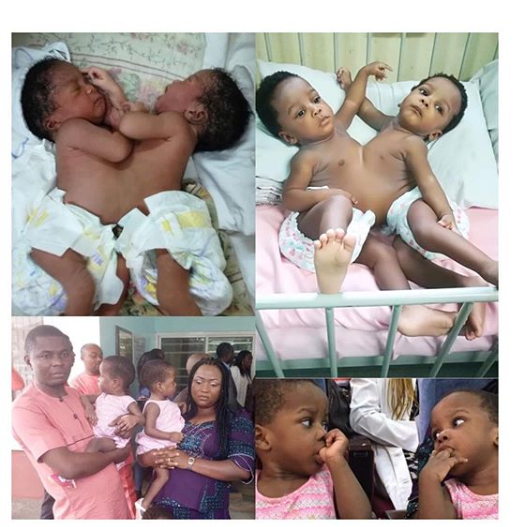 Doctors in an Abuja hospital have successfully separated a conjoined twin after a 13hours surgery.

According to reports, the twins, Goodness and Mercy Martins, were separated after a team of Nigerian medical experts spent 13 hours in surgery on them in Abuja.

The babies were delivered at the Federal Medical Center (FMC) Keffi, on August 13, 2018, conjoined face-to-face at the chest and abdomen.

The babies were then referred to the National Hospital, Abuja the following day where their parents were told they would need about N20m for complex surgeries that would see them separated at the heart and the liver which were fused together from the womb.

As luck would have it, the management of the National Hospital Abuja decided to fund their care and the entire processes.

The Surgery, by a team of medical personnel led by Surgeon, Prof. Emmanuel Ameh, was successfully done on November 12th, 2019.