An Abuja based pastor, JS Yusuf who also doubles as the senior pastor of Touch for Recovery Outreach International has stunned many after releasing some sets of bras and pants to ladies in her church in order to attract husband, The Nation reports.

The pastor, it was gathered, released the items which were made available for sale within the church premises in order to release marriage into his congregation in the new year.

Also, he was said to have printed his face on the items while quoting Numbers 23;20 during the church service which says “Behold I have received the commandment to bless, and he hath blessed, and I cannot reverse.”

Also, he was said to tell the congregations that the items are capable of curing diseases. 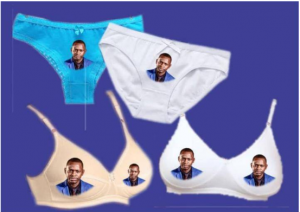