President Muhammadu Buhari has said that graduates in the country must have a credible school certificate.

Reacting to concerns by Nigerian philologists over what they described as ‘semi-literate graduates’ that are produced by Nigerian universities in recent times, Buhari promised to give more attention to improving personnel and infrastructure of universities to produce quality graduates.

“The future of the country depends on quality education and our certificates must be credible to inspire confidence,’’ he said.

The president made this known when the leadership of Academic Staff Union of Universities (ASUU) led by Prof. Biodun Ogunyemi visited him at the State House.

Buhari, who had issues with his WAEC certificate during the 2015  presidential election, assured that top priority will be placed on development goals of the country, stressing that effective and efficient operation of universities will go a long way in improving the economy, especially with focus on science and technology.

He then asked the Ministry of Education to put in more effort in ensuring that Nigerian universities are properly funded, with adequate infrastructure and staffing. 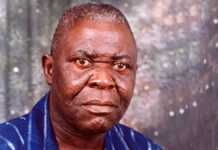