Popular comedian, Bovi took to Twitter to blame fans of reality star, Tacha alias Titans for being behind his misfortune ever since he had a controversial remark about them.

Information Nigeria recalls the Bovi had jokingly said that if he becomes the president of Nigeria, he would declare Titans and marlians as “terrorist organizations”.

This didn’t sit well with fans of Tacha and Naira Marley as they dragged him on social media.

Now, the popular comedian revealed he was denied visa to visit the United States of America on Thursday and Titans are behind it. 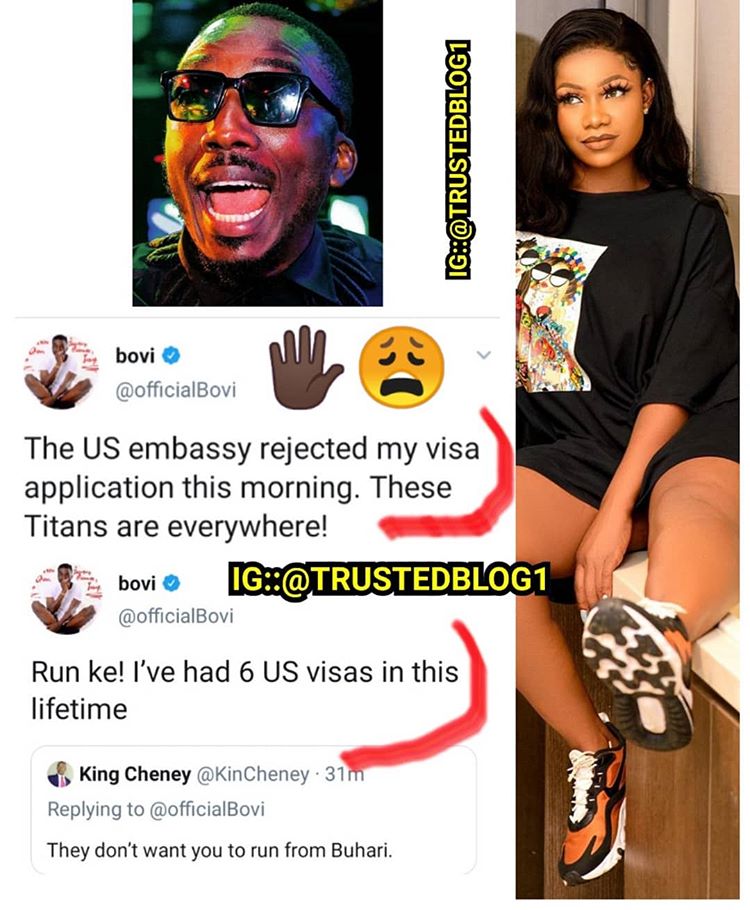