Daddy Freeze, in his reaction, pointed out that the make-believe merchant was at one point healed from stroke by a popular cleric who reportedly gifted him millions and a car afterward.

He then questioned what happened to the healing and the monetary gift???

2 questions:
1: Wasn’t he healed abi an audio miracle?
2: Why doesn’t he have a mansion and SUV like some of his female counterparts do? 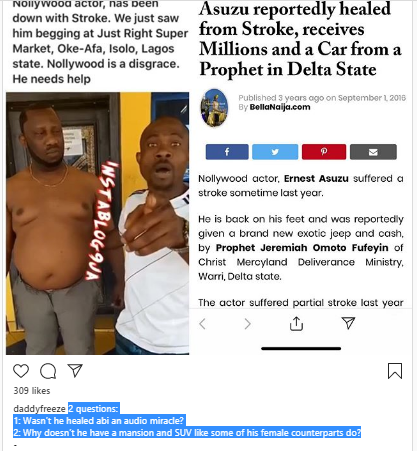