According to reports, popular singer, Davido and Jamaican singer, Popcaan are no longer following each other on Instagram due to unknown reasons.

Reports claim the Nigerian singer had done the same with international singer, Chris Brown after he featured him on the song, “Blow My Mind.”

Likewise, Davido had collaborated with the Jamaican artiste to produce his hit track, ‘Risky’ in 2019, which means they were formerly following each other on the social media app before the recent development. 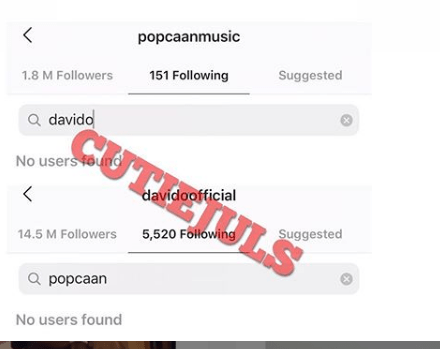