A new report has confirmed that the 5-year-old marriage of Nigerian singer, Dr Sid to Simi, mother of his two kids, has crashed.

Recall news first surfaced 3 years ago that their marriage had crashed marriage after his wife moved out of their home and was spotted without her wedding ring. The marriage reportedly due to Dr Sid’s financial status at the time.

However, in 2018, the couple were spotted at Dolapo Oni’s baby’s dedication.

Things have again gone wrong as reports have it that Dr Sid has been getting abused by his wife for a while.

According to a cryptic post by SDK, Simi often beats up Dr Sid for returning back home late. 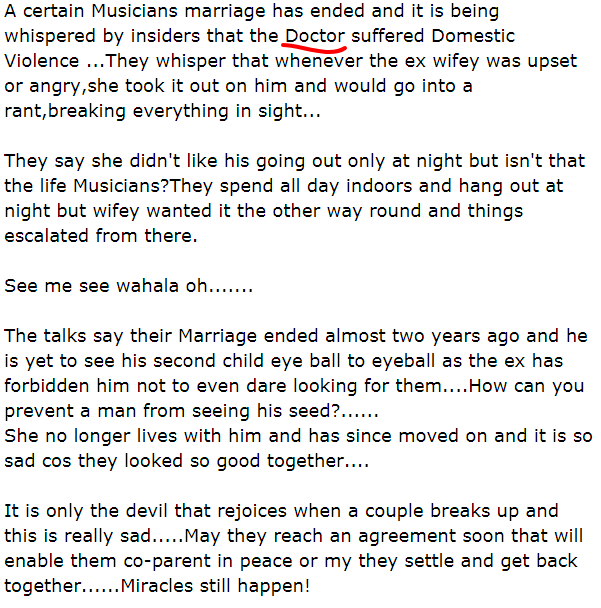