A fast-rising Yoruba actor, Juwon Awe, was killed by armed bandits in Ote, Kwara State, on Monday, according to report.

”He was young and promising, full of HOPE. Juwon was working in my industry as a continuity manager and a driver trying to make ends meet. He was attacked and murdered today by the three Fulani and a Yoruba armed bandits while driving a known female Actor (Tooyosi Adesanya) @adesanyatoyosi_ileyemi to Ilorin. Adieu Juwon,” Chatta wrote. 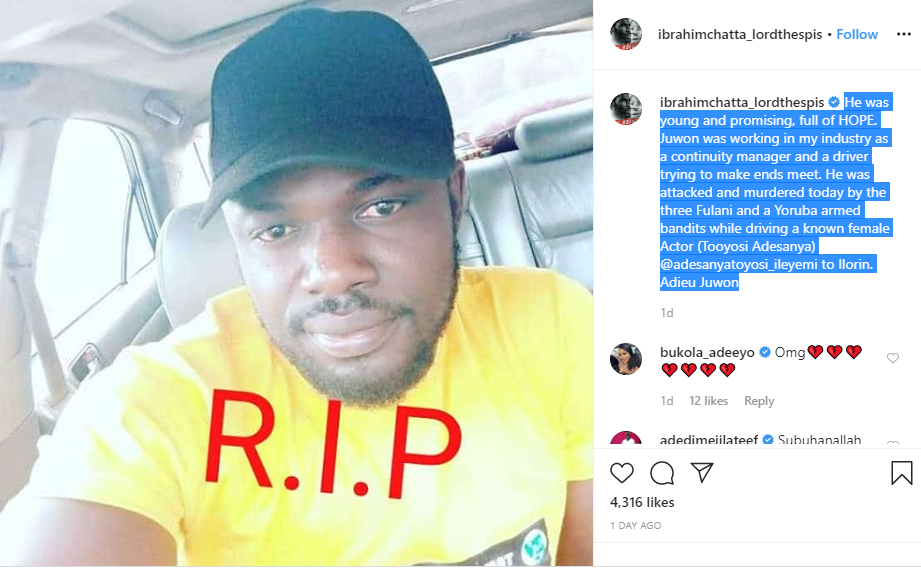