Nigerians have been made privy to new information by 2018 BBNaija housemate, Alex Unusual.

A Twitter user had taken to the social media platform to ask why many of Alex’s fans during the show are nowhere to be found now.

Another Twitter user replied, saying many are in love with the Big Brother show and not its housemates, hence the reason they move on after each season.

This prompted a response from another Twitter user who said if it were not for the show, many BBNaija housemates will remain unknown, a response that irked Alex, causing her to reveal she started making money since she clocked 6 months old. 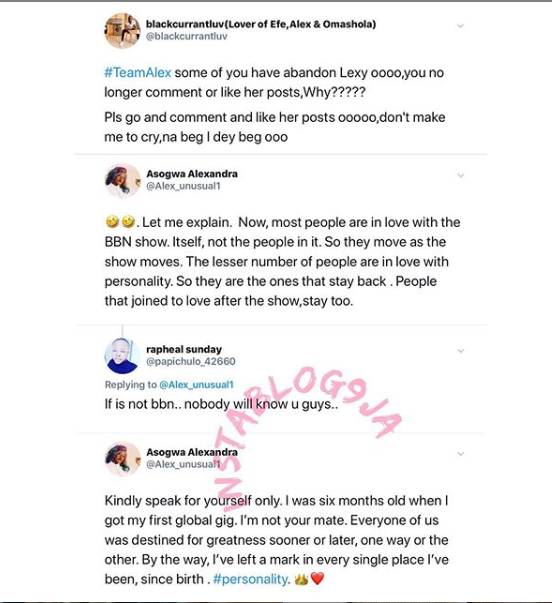