Filmmaker Kemi Adetiba is 40 and has since been bombarded with birthday messages and well wishes from fans and colleagues alike.

Taking to her Twitter page, Kemi shared the one birthday message she got which made her laugh really hard.

According to her, the call was from actress Omoni Oboli who told her she has attained the age of ‘don’t be silly.’

“Sis called me and told me I’ve joined the fantastic clique of “Don’t be silly”. If anyone oversteps by even an inch, I can simply caution them with a “C’mon… Don’t be silly!!!” I passed out laughing.” 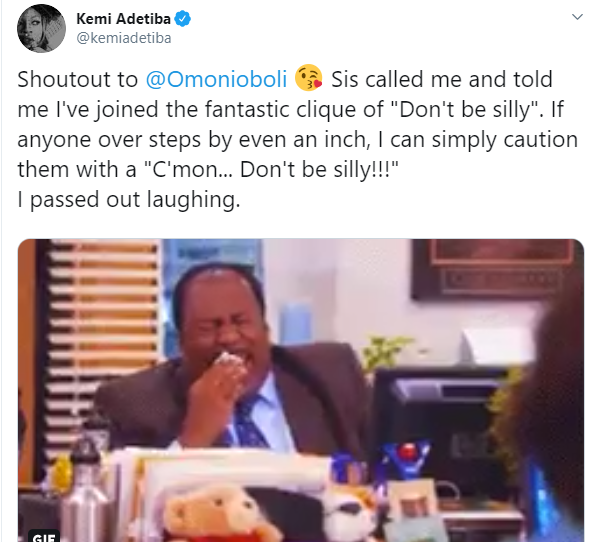