A social media user has shared the story of a man who was caught in the act after disguising as a female Muslim to sleep with another man’s wife.

According to reports, the man and the woman have been lovers for long.

The man would disguise as a Muslim lady when the woman’s husband leaves home so as to move into the house without suspicion.

However, luck ran out on him when the woman’s husband returned back home unannounced and caught the two of them right in the act. 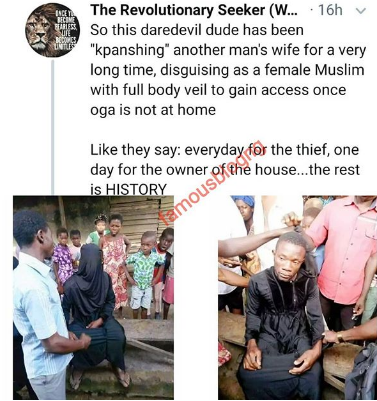