A Nigerian man has taken to social media to recount how he ended up in a hospital after the engagement ring he bought to propose to his girlfriend got stuck on his finger for hours.

According to the man who uses the handle @TheCharlesIsidi, the ring he bought is quite expensive and on getting home, he slipped it onto his pinky finger just to admire it and that was when trouble started.

Read Also: Chioma Has Become Rude Since She Got Engagement Ring: Davido’s Lawyer

When he tried removing the ring, it refused to come off and in no time, his finger began to swell causing him to be taken to the hospital. 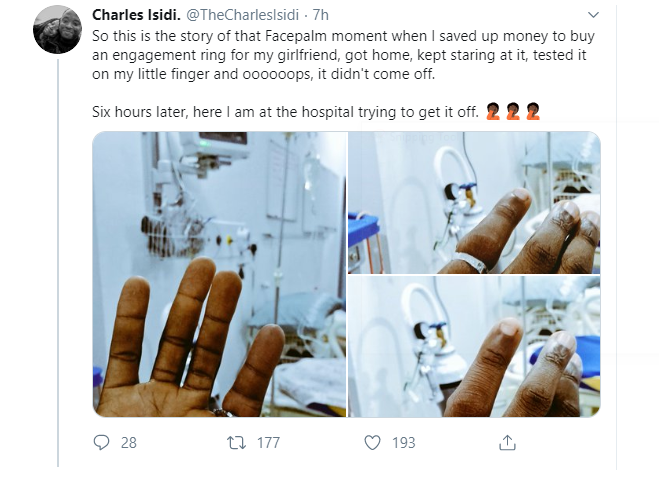 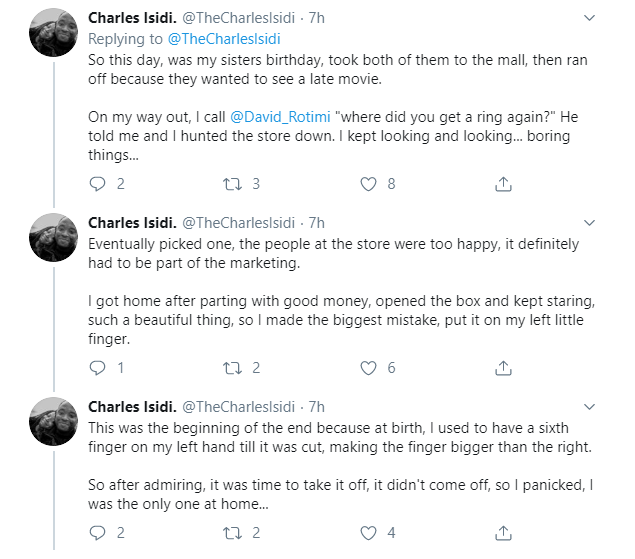 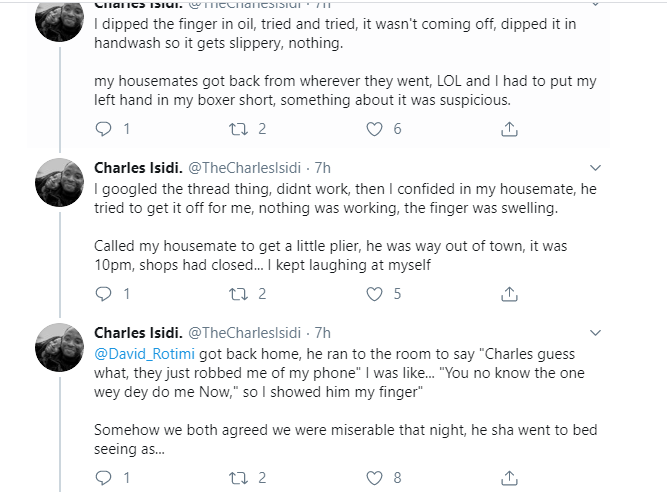 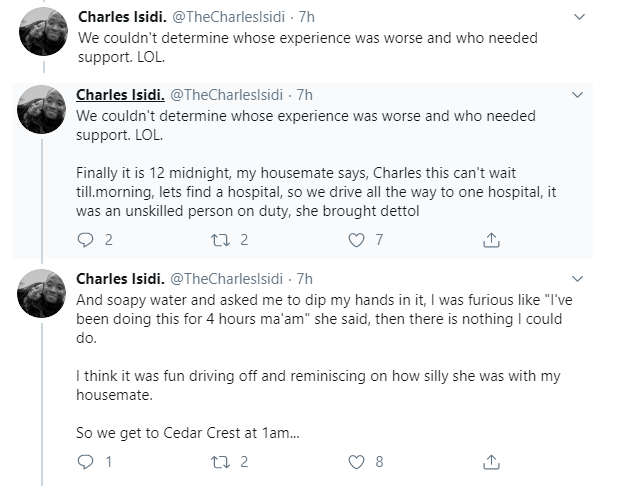 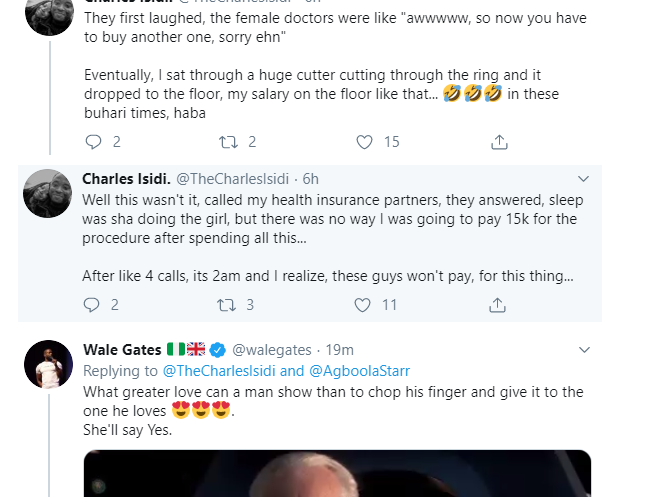 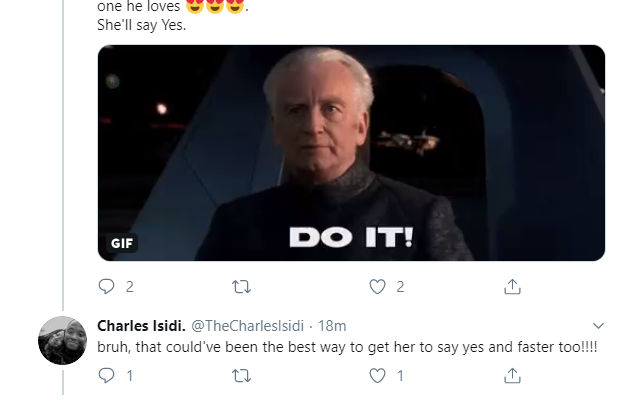