A social media user identified as Fayemi Arike Adenike has shared the heartbreaking story of a boy who almost got blind after his dad beat him for taking 60th position out of 180 people in a Lagos school.

Adenike further revealed that the boy’s dad is also a teacher.

She shared that the incident happened at Muyi Opaleye street in Ijegun Ijagemo road in Lagos.

Adenike wants relevant authorities to act on the incident. 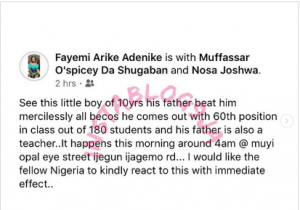 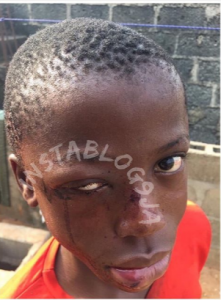