Bovi took to his IG page to reveal that Kobe’s death truly hurt him, adding that the NBA legend influenced his teenage years.

”This one hurt differently. This man influenced my teenage years. #ripkobe .”

This has, however, gotten many talking on social media, dragging the comedian that he is lying as he is too old to have been influenced by Kobe. 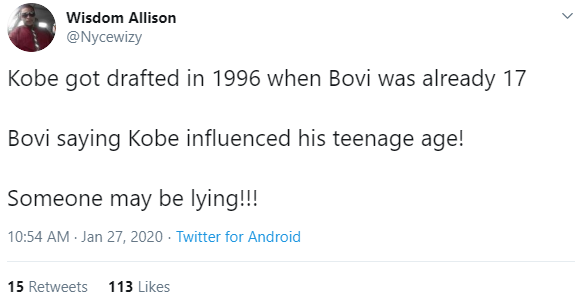 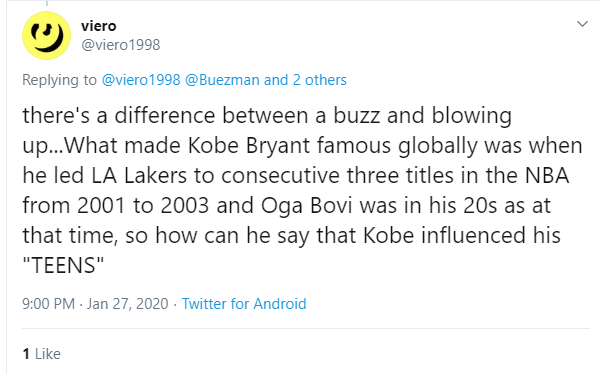 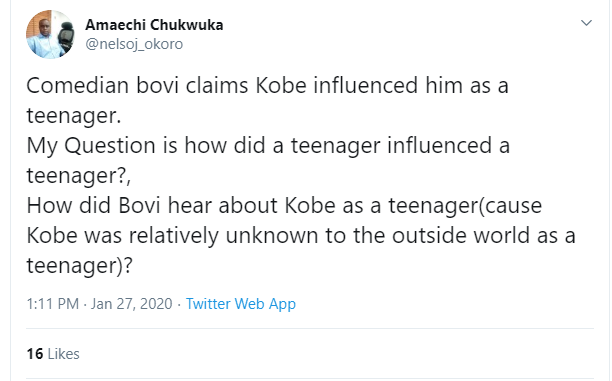 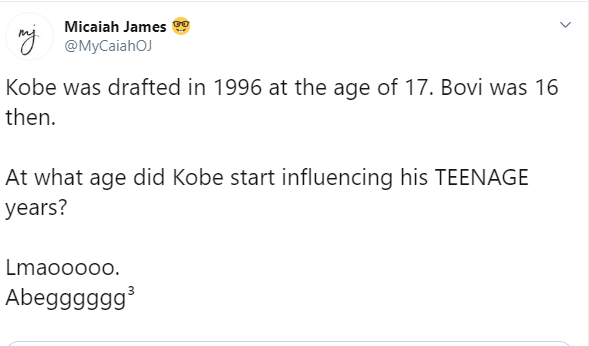