Nigerians have reacted to reports that kidnapped schoolgirl, Leah Sharibu, gave birth to a baby boy for a top commander of Boko Haram terrorists.

”Adamawa CAN Chairman was beheaded. A 20year old student got shot dead. Now the news is Leah Sharibu has had a baby for a top commander in boko haram after being forced to become a Muslim. Kidnap. Rape. Religious extremism. Terrorism. Murder. This country is heartbreaking.” 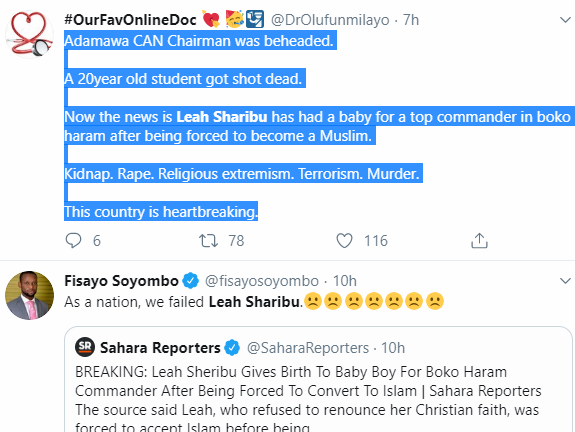