Speaker Toni Tone has shared her thoughts on relationship and, according to her, not every woman seek marriage in a relationship.

According to Toni, most women just want to be with someone they can have fun with.

Read Also: When You Go For Money, Love Will Come: Relationship Expert (Video)

”Not every woman wants marriage from a relationship. Sometimes women just want to be in a relationship with someone they can have fun with, explore the world with, cook with, eat with, learn with, grow with, sleep with. Till they don’t want to anymore

“Some women aren’t ready for marriage but they still value romantic relationships. Others don’t want marriage whatsoever. As long as that is communicated to the person they’re in a relationship with, who are you to judge.

“I’m going to stress the communication element because this is what makes the difference. Entering a relationship with someone and not being clear or honest about your wants is the problem. That’s when you waste peoples time. Be transparent and truthful. Don’t string people along

“It’s funny to me that some people are annoyed by this thread. Why does someone else not wanting marriage annoy you, if they’re with a person who understands and respects that? I’m convinced some people HATE it when women do anything that goes against what’s expected from them.” 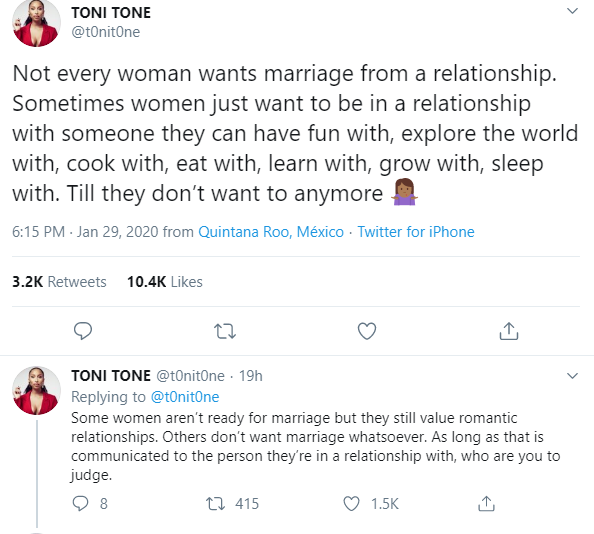 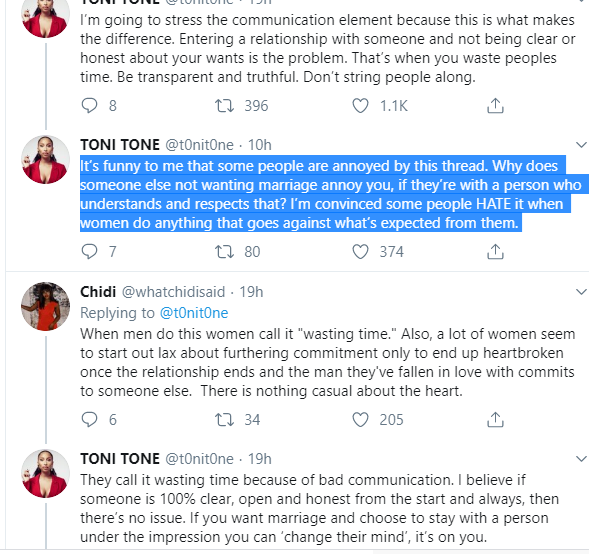