OAP Osi Suave has reacted to the trending video of a married woman who accosted her husband’s alleged side chick at the mall.

The viral video has received many online reactions, with many asking why the woman would assault the young lady when in fact, she should deal with her cheating husband.

Reacting to the video, Osi tweeted;

”Why are you attacking the women your randy husband is sleeping with Your husband is the one who took vows to be faithful Face him That stance of fighting your husband’s mistress is outdated, pathetic and played out abeg..” 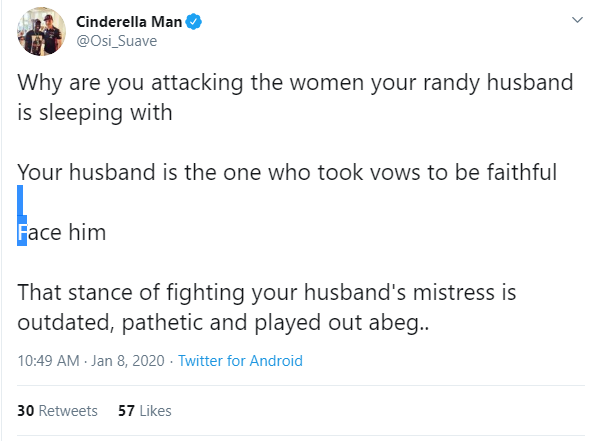