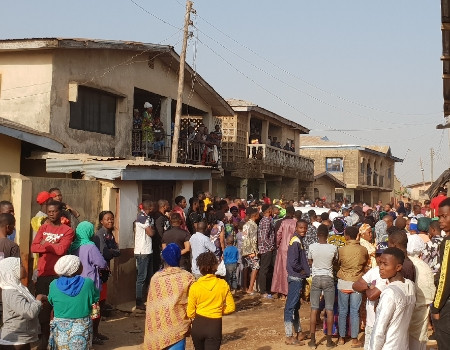 A family in Ibadan, Oyo state are bereaved after losing three of their children to fire outbreak.

According to reports, the children were burnt to death in the early hours of today January 3rd.

Reports have it that the couple and their children lived in an apartment located at Ehin Grammar Area of Molete, Ibadan.

The wife, popularly known as Iya Ara on Thursday night, had gone to work as she is said to be on night duty while the husband also left the house locking the kids indoors.

The eldest of the children was reportedly a secondary school student while the other two were said to be in primary school.

The police evacuated their charred bodies the next day.