Home Entertainment Peruzzi Is One Of The Best Thing To Ever Happen To Me...
Facebook
Twitter
WhatsApp

DMW boss, Davido has reacted to a recent rant by a label boss who called him out.

Recall that a certain King Patrick took to Twitter to reveal that he was the first person to sign singer Peruzzi to his label before Davido highjacked him.

Read Also: Davido Knew Peruzzi Was Signed To Me But Still Went On To – King Patrick

”@Davido knew Peruzzi was signed to Goldenboy yet he went ahead to “Audio Sign” Peruzzi without following due process. I reached out to him, look what a so-called boss had to say in my dm. Fact: @Peruzzi_VIBES is not Signed to DMW.”

Davido has now reacted, and according to him, Peruzzi is the best thing to ever happen to him. 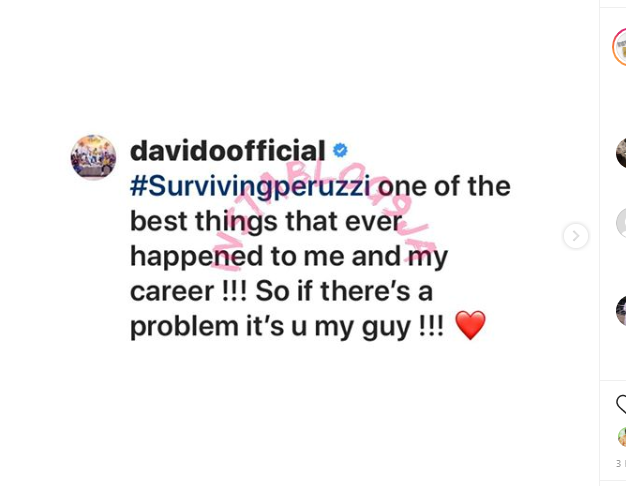