Pretty Mike via his IG page has penned a short piece on the one thing he will not accept from anyone this year.

According to him, many people have often slid into his DM to say they saw him at an event but were scared of saying hello to him.

Read Also: Stop Seeking Validation From People Who Do Not Have Their Own Lives Together – Pretty Mike

He went on to say this needs to stop as he does not bite and may end up giving such person a gift should they approach him when they see him outside.

”One major thing I will not take this year…..”I saw you at the event but can’t say hello cos I felt you’d embarrass me” ehn ehn…. You see me in public and can’t say hi but can come to my dm or Whatapp and say stories of how motor hit ram… “ I don’t know how to insult people, but this year I will learn how to”🧐….if I don’t recognize you and you do, simply walk up and say hello. I don’t bite..we will take selfies and gist sef, I might even dash u something at the end of the day #LifeNoHardPassLikeThis I’ve never seen a person I know and run off, No one carry fire for head Biko…Let’s stop this format this ” 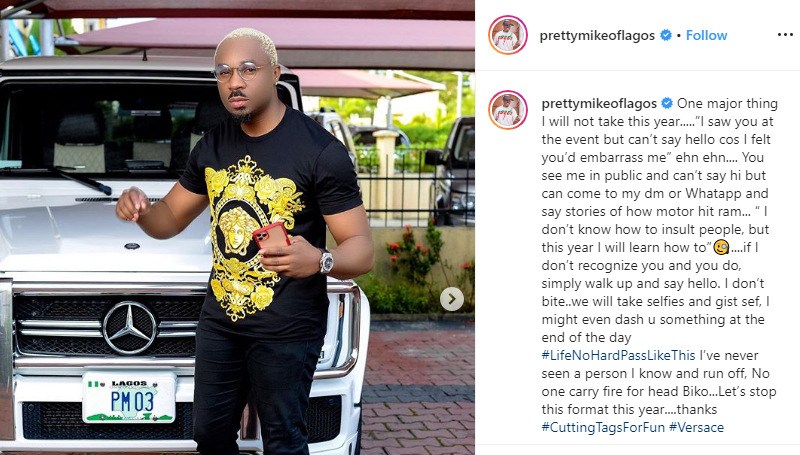