The actress has been drawing media attention in the past few days. Recall that some days ago, the actress revealed she just recovered from a strange ailment.

Days later, controversial Nollywood actor, Uche Maduagwu pointed out that the actress will soon get married.

The popular actress looked effortlessly chic in this two-piece cleavage baring suit. The pictures have gotten a lot of fans talking on social media. 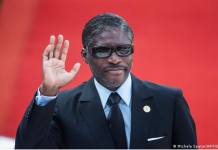 How to Find a Trustworthy Online Casino