Nigerian born American based singer, Speed Darlington has taken to his official Instagram page to shower himself with plenty of titles.

The controversial singer, in one of the titles, declared himself as the ‘baddest musician in Nigeria’, adding that every other person is just a wannabe.

He further described himself as the only singer to have trolled a sitting president and at the same time make a movie.

He then concluded by saying he leads while others follow. Do you agree with him??? 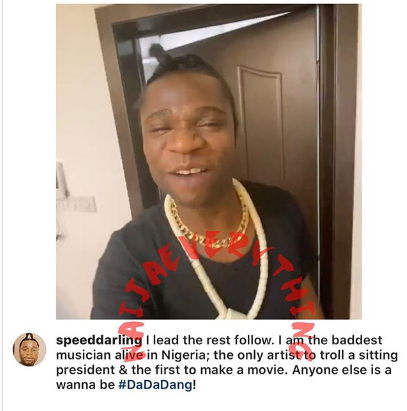