With news of actress Toyin Abraham getting married to her man Kola Ajeyemi on Thursday at the Ikoyi registry, the actress has reacted to trolls judging her by her past mistakes.

Recall, the mom of one tied the knot with ex-husband Adeniyi Johnson at the Ikoyi registry a couple of years ago.

Read Also: Leave If It Is Not Working – Toyin Abraham Reacts To Maryam Sanda’s Death Sentence

Not long after news surfaced that she is again tying the knot in the same registry as she did years ago, Toyin took to her IG to say;

” “Everybody has a past, some more intense than others. Stop using their past to judge them. Everyone has done something they are not proud of. So when People want to change support them and help them grow, stop judging” 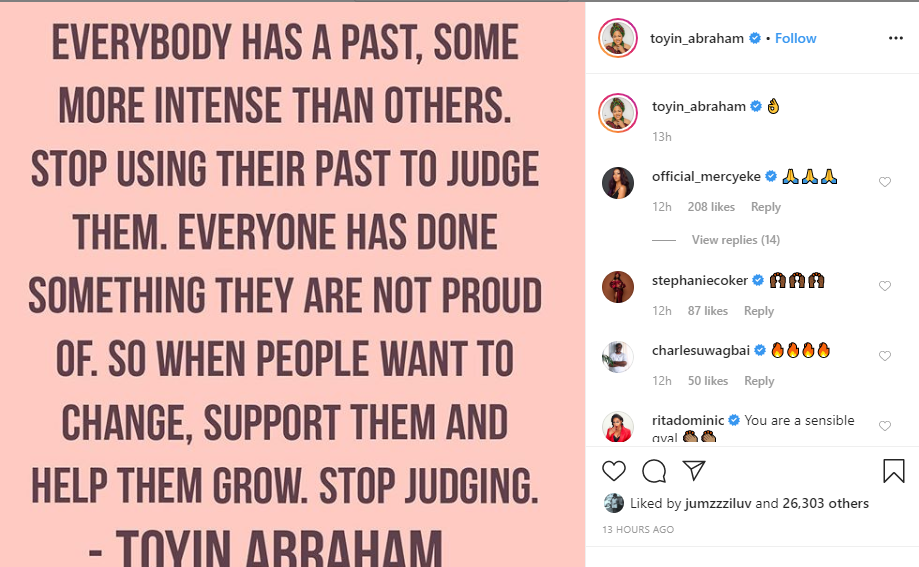