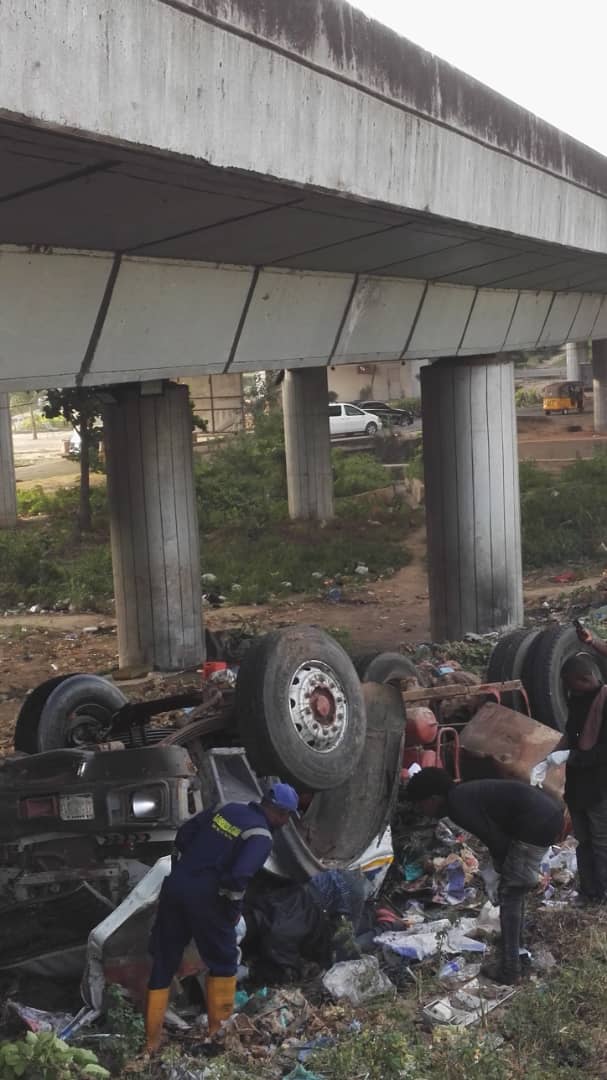 A truck on Saturday collided with a Sports Utility Vehicle (SUV) on the Otedola bridge, Lagos, which led to the death of two persons.

According to the report, the truck fell off the bridge after colliding with the SUV.

Oke-Osanyintolu revealed further that ls  two of the injured persons were treated on the spot and discharged, but the third is in a critical condition at the accident and emergency hospital at toll-gate end of Lagos-Ibadan expressway.

He said those who are dead were two adult males.

Oke-Osanyintolu said “A fatal accident which claimed the lives of two adult males occurred on Otedola bridge. Two people were rescued and treated on the spot and discharged, while one was evacuated to accident and emergency hospital in a critical condition. Treatment was commenced immediately. ”

“Investigations conducted revealed that an articulated truck laden with several tons of granite, crashed off the crash barrier on the bridge and collided with a black coloured Lexus SUV.

“The truck’s head subsequently detached because of the impact and fell off the bridge. The mangled bodies of the victims have been recovered and bagged, while intervention to ease vehicular movement is being carried out.”