A Twitter user has blamed Bobrisky for inspiring a young man to become a cross-dresser.

Currently causing a heavy buzz on Nigeria Twitter are the photos of a young Nigerian cross-dresser based in Rivers State capital, Port Harcourt.

According to reports, the young man is known as Jay Boogie Anthony and judging from several comments, he is a pretty popular cross-dresser in Port Harcourt.

It was also gathered that he has been on the art long before Bobrisky came into the limelight even though some users blame Bobrisky.

Anthony who is said to be 21, is believed by many people to be more ‘prettier’ and more naturally endowed than Bobrisky who recently admitted to doing plastic surgery. 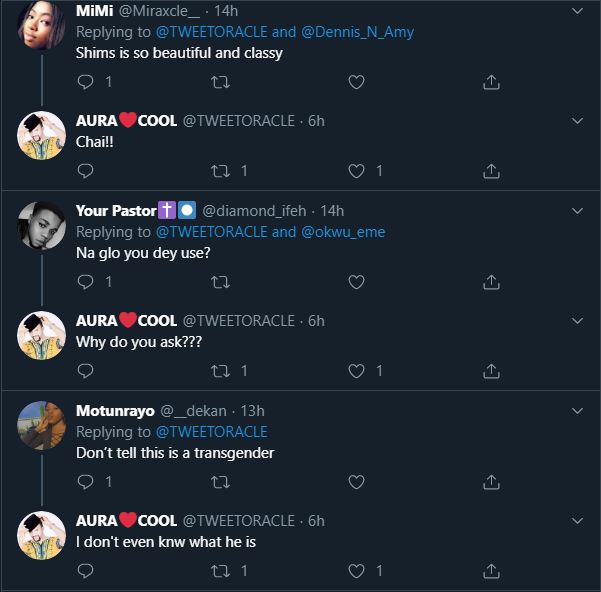