A video showing popular singer, Teni at the age of 12 on popular Saturday kids programme, KKB Show has emerged online.

It appears the budding singer not only has an inborn talent for music but acting as well.

In the video, the ‘Billionaire’ hitmaker played the role of a judge trying to settle a case between a woman whose cat was murdered by a man.

Teni’s sister, Teju Apata acted as the woman who sued the man over her killed cat.

Watch the interesting video below: 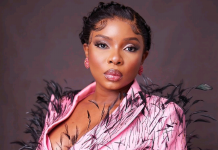 Don’t Give Me Work: Yemi Alade Responds To Follower Advising Her To Collaborate With Other Female Artistes