Details have emerged on why actress Ireti Osayemi is yet to return to her matrimonial home after her marriage hit the rocks in 2017.

Two years ago, the actress’ marriage to a movie producer, Bakky Adeoye hit the rocks.

On reason the actress is yet to return to her husband, a source spoke to Kemi Ashefon saying:

“So, some people still believe Ireti Osayemi can go back to Bakky? She has tasted life as a single girl since she moved out of her matrimonial home in 2017 and enjoyed the warm embrace of another man. She cannot go back now and start the suffering-and-smiling lifestyle with her estranged husband.”

The actress who shares photos and videos of herself having the time of her life at parties ensures she celebrates her estranged husband when she can.

“Its part of the gimmicks to make fans and followers think she is still married. But she’s not. She left him, still enjoying favor from a billionaire who loves ‘helping’ Yoruba actresses and Fuji musicians. He got an apartment for her in a choice area in Lagos and she has been on his payroll ever since. Though the Yoruba businessman is married, he doesn’t treat Ireti’s case with kids’ gloves. Fortunately for the actress, she has planned a good co-parenting scheme with her estranged husband and the kids get to see ‘Daddy and Mummy’ whenever they are celebrating their birthdays in school.

“The little girl was happy that her parents turned up together in her school. Ireti can’t go back to Bakky but they are good friends,” a source mentioned to Kemi Ashefon.” 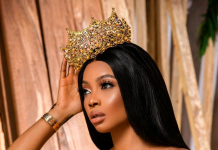 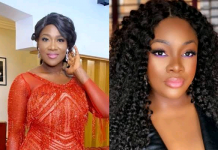 “Sue Her For Lying Against You,” OAP Toolz Tells Mercy Johnson Over Clash At Daughter’s School 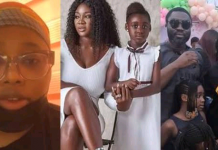