Reno Omokri has again taken to social media to educate the people about religion and this time, he has given a reason people should stop reading the bible.

According to Reno, people need to stop reading the bible and start reading the scriptures.

Read Also: You Will Not Exit Poverty If You Started Your Life With Borrowing – Reno Omokri

”Why You Should Read Scripture, And Not The Bible (part 1)

By Reno Omokri
I have been teaching for a while that believers should read Scripture in the original language, and many people ask me ‘what is the difference between Scripture and The Bible?’. The difference is that whereas Scripture is the original Word of God, as it was received by the prophets in the original languages in which they wrote it, The Bible is a translation of Scripture, which is often affected by the bias, tradition, agenda and even sometimes, limited education of the translators.
It is just like converting $100 to British Pounds Sterling (GBP). You will get £76.4 pounds at today’s rate (January 6, 2020). However, if you try to convert that £76.4 to US Dollars, you will not get $100. You may get $98. Why? Because value is ALWAYS lost in the conversion process.
In translating Scripture to other languages, value is lost. I will give some examples.
In Numbers 23:22 and 24:8, the King James Version says God brought the Israelites out of Egypt with the strength of “a unicorn”. The thing is that a unicorn is an animal that has never existed before. It is a myth. It only exists in fairy tales!
Now, if you accept the KJV, you will be misled to think that The Bible is not a perfect book. But Scripture is perfect. The challenge is that in 1611, when the King James Bible was translated, science had not yet proven that a unicorn never existed.
The original word used in those two verses of Scripture is rə-’êm, which in Hebrew, refers to a primitive animal that Noah used during the Flood and is now extinct today. The animal is the ancestor of the oryx. But its meaning confused translators of the KJV. Other translators used the words ‘wild ox’, not as an accurate translation, but as the closest one.

Another example is 1 John 5:7 of the King James Version, which is used as the primary justification of the doctrine of Trinity. That verse reads in the KJV as follows: “For there are three that bear record in heaven, the Father, the Word, and the Holy Ghost: and these three are one.” The sad truth, however, is that the King James Version erred! Original Scripture does not say that. The oldes’;

”Why You Should Read Scripture, And Not The Bible (part 2)

As a matter of fact, when the great scholar and philologist, Jean-François Champollion, was going to Egypt in 1829, to research ancient documents and hieroglyphs, he was warned by the Catholic Church that he must not publish anything if it contradicts with the Catholic Church’s doctrine. Again, this is a researchable historical fact.

If you think I am an anti-Christ for saying this, then simply open to 1 John 5:7 in ANY OTHER TRANSLATION other than the King James Version or the Catholic Bible.
I will give one final example. It will shock you to note that the book of Mark, which you read in most Bibles, has an addition that is not in the original Scripture. The true Gospel according to Mark actually ends in Mark 16:8. All the verses thereafter (Mark 16:9-20), were added in the 4th Century). The two oldest manuscript from 300 AD (codex vaticanus, codex sinaiticus) do not have those verses. This is a historical fact. What is more, Mark is actually the oldest gospel, and not Matthew. And again, I urge you to carry out your own independent research.
Some people criticise me for exposing these truths and say I am undermining faith.”

”Why You Should Read Scripture, And Not The Bible (part 3)

By Reno Omokri
Some people criticise me for exposing these truths and say I am undermining faith. But is faith built one lies and half truth still faith? Did Christ not say “ye shall know the truth, and the truth shall make you free.”-John 8:32.

Christians in Africa must learn that it is not anti-Christ to question what a church tells you. It is actually called “NOBLE” by Scripture: “the Berean Jews were of more NOBLE character than those in Thessalonica, for they received the message with great eagerness and EXAMINED THE SCRIPTURES every day to see if what Paul said was true.” So, how can you read accurate Scripture? Good question. To do that, you need to get a copy of the Tanakh (the Hebrew Scriptures of Genesis to Malachi. What we in Christianity call the Old Testament. It is written in Hebrew and Aramaic). You also need a copy of a koine Greek Scripture (the New Testament written in the Ancient Greek that was spoken during the time of Christ). In my own case, I physically went to Greece and Israel, but you can buy them via amazon.

Do not be intimidated by these languages. Get a Hebrew and koine Greek dictionary, and unlock Scripture. It is worth it. I do it. Apostle Suleman has read it 23 times. You can do it. This is what Scripture means when it says in Proverbs 2:4-5: “if you look for it as for silver and search for it as for hidden treasure, then you will understand the fear of the LORD and find the knowledge of God.’ Children of God should understand that what left Judea was the only Way to God. After Paul took it to Europe, the Romans converted it to a political religion. By the time it left Europe to places like Asia, South America and Africa, it had changed to mind control. So, if you want to know the true way to God, you must, in my opinion (and my opinion may be wrong), go back to what was put together in Judea and Israel, before it was altered by men.
Reno Omokri 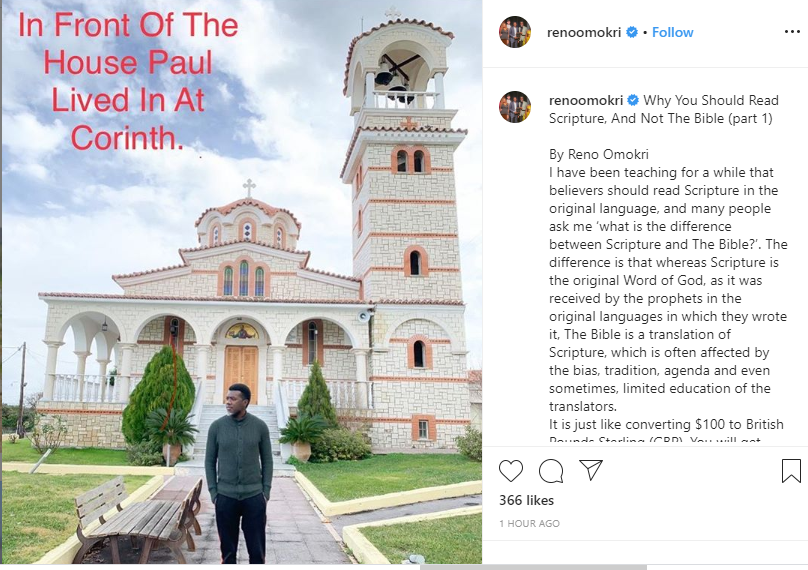 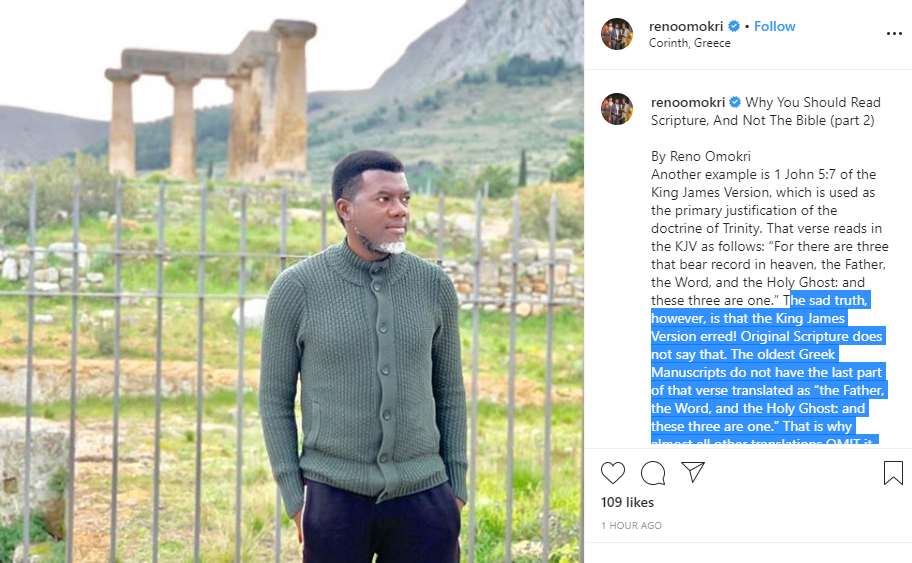 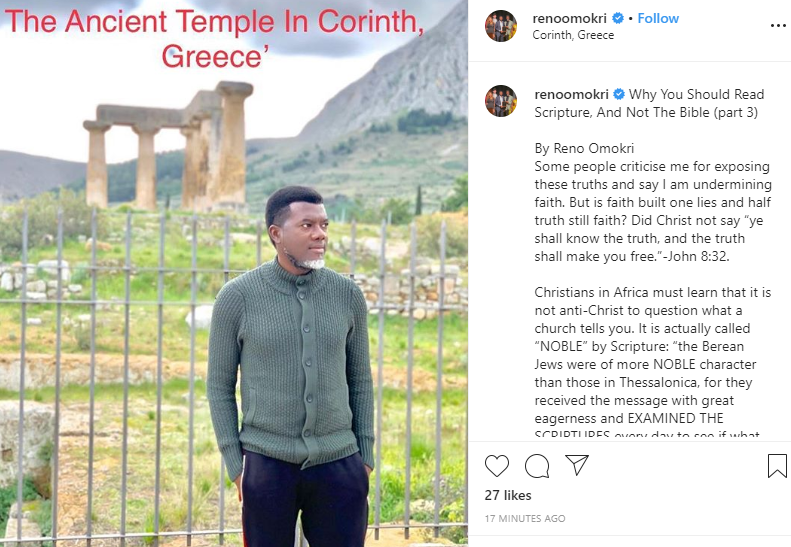