There seems to be trouble brewing in Super Eagles of Nigeria striker, Odion Ighalo‘s marriage as his wife has taken to her Instagram page to lambast him for partying hard, a few days after the demise of his sister.

While it remains unknown why she went public to lambast her husband, she queried the talented striker’s humanity before going on to call him out for organizing a lavish party within one week after losing her sister.

She further stated that she does not have any right to mourn the deceased when the younger brother is already partying hard. 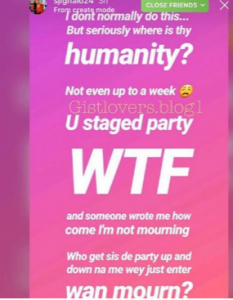 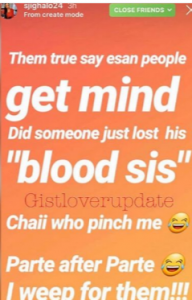