A Nigerian doctor has taken to social media to share his thoughts on the just concluded Grammy Awards, where Angélique Kidjo won the award for ‘ The Best World Album.”

The category had Nigeria’s Burna Boy as nominee, and even as he lost the award to Kidjo, many have since taken to social media to still celebrate him.

However, a Nigerian doctor has reacted with a different thought. 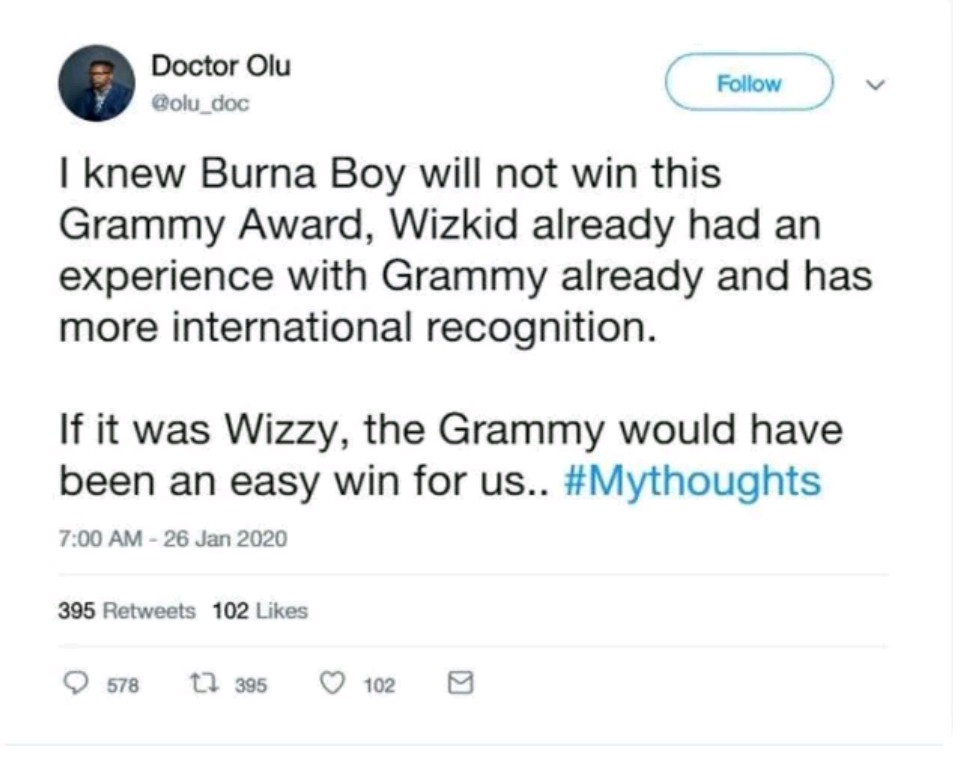