A 40-year-old man, Paul Okwudili, has lost his life in a hotel in Anambra state over the weekend.

According to reports, it is suspected that the deceased consumed sex enhancement drugs.

A statement from the state police command public relations officer, SP Haruna Mohammed, says the manager of the hotel had reported the case, saying the deceased allegedly took a lady to the hotel and lodged. 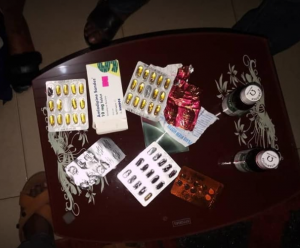 “Not long after they went in, the lady came out shouting for help and the hotel management went to the room and discovered the man gasping for air.

“He was rushed to a hospital in Onitsha but was confirmed dead on arrival.”

Haruna also said that the corpse of the deceased has been deposited at the hospital mortuary for autopsy and the lady has been arrested for questioning.